Sampson Community College has its first soccer championship team since intramurals came back to the college earlier this year. The final game between teams Hobbton Football Club and Foreign Ain’t Borin’ was held last week and originally ended in a tie before Foreign Ain’t Borin’ won 7-6 in overtime.

“A couple of months ago, numerous students were asking for intramurals,” said Amanda Raynor, Student Engagement Coordinator for the college. “We sent out surveys and they came back with overwhelming support for soccer and other sports. The energy around this endeavor is amazing and they love the field. We are also in the process of planning other sports. Everyone on campus and in the community is talking about it. It’s nice to ride by and see campus coming into its own for the next generation.” 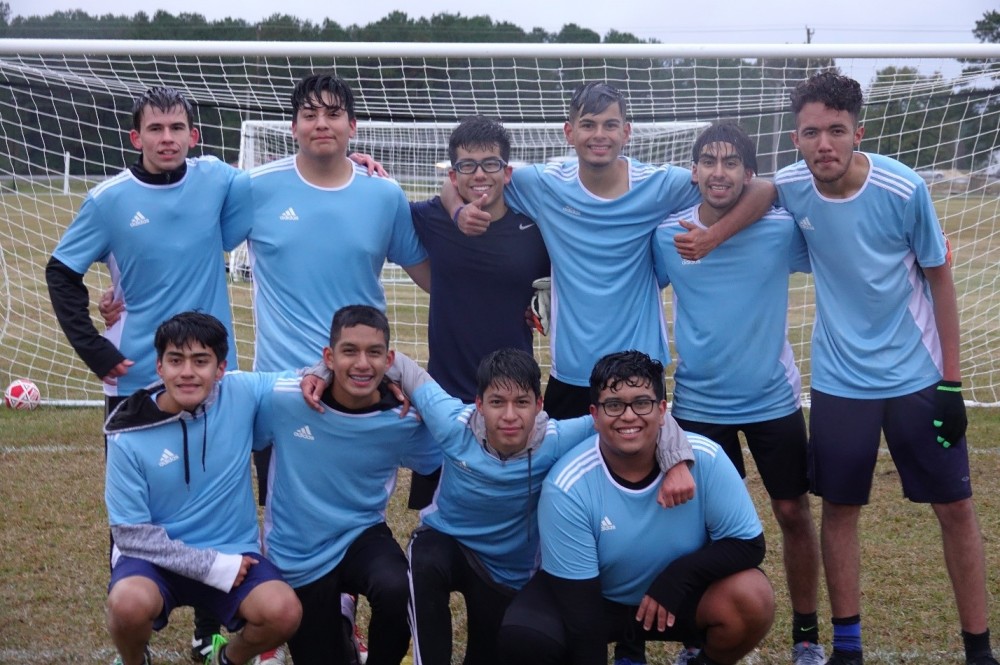 Soccer games are made possible by the college’s Develop the East project which began last year. After months of preparing and constructing walking trails, extra lighting, benches and bridges in what is destined to become the hot spot of Sampson County, soccer nets soon went up and players took the field. To participate in the Develop the East project or for more information, contact Turlington at lturlington@sampsoncc.edu.