Maria Gasper joined the Psychology Club at Sampson Community College to make a difference. She had no idea that the move would eventually lead her to help her own family. Maria recently arrived back from the Practical Application of Life Skills (PALS) Camp at the University of North Carolina at Wilmington, where she received as much as she gave back.

PALS was founded in 2004 and began as a small camp of campers and counselors. The idea is to change perspectives through relationships built on shared experiences. As Camp PALS has grown, volunteers have stepped forward, building new programs in new areas to meet its growing need. The group creates year-round opportunities to get together through its programs and connect with the Down syndrome community through The Congratulations Project.

“My daughter Chloe has Noonan Syndrome,” says Gasper. “This certainly hits home for me. PALS is designed to help special needs children and their parents, so I was on board. PALS teaches patience and how to communicate with special needs children. I learned ways to communicate better with my daughter and to teach her to embrace differences among people. PALS also is a chance for these kids to get together and form a bond. She loved it!” 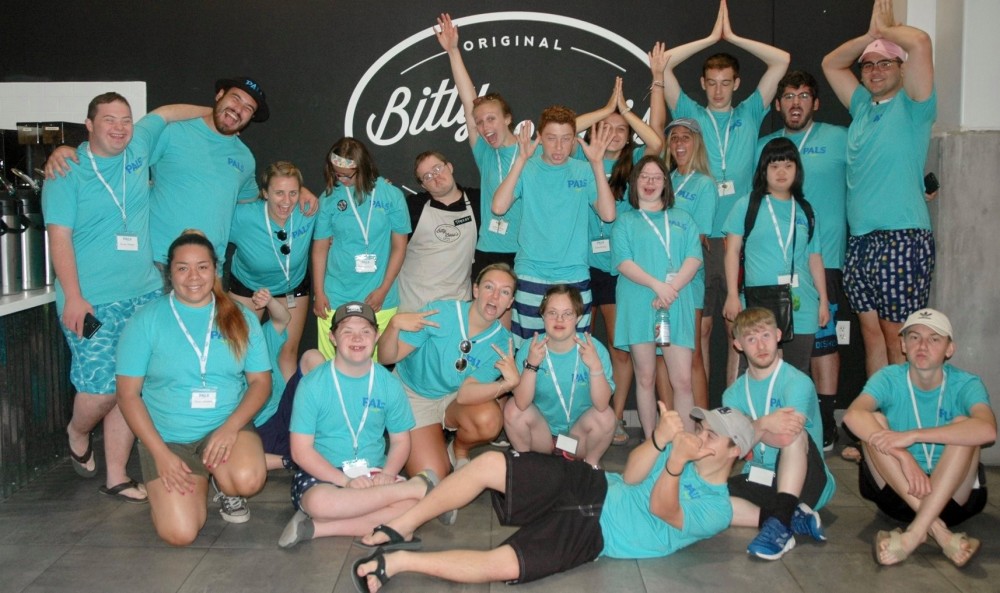 Maria, at the bottom row on the left, joined other volunteers at PALS.

Noonan syndrome is a genetic disorder that prevents normal development in various parts of the body. A person can be affected by Noonan syndrome in various ways including unusual facial characteristics, short stature, heart defects, other physical problems and possible developmental delays.

“She has done other volunteer work through our club and it is well-deserved that she was able to get back what she gives,” says Sarah Burgin, SCC’s Psych Club founder. “Just last year, she was packing and prepping Operation Christmas Child gifts for other children and their families to enjoy around the world, so it is great to see it come back to her.”

“While this is a great program, I don’t know if people are aware of it as they should be,” adds Gasper. “Out of the many who showed up, we only had three from North Carolina. Lots of people were here from the west coast where apparently there is more awareness about PALS but this is really something we need to spread the word about because it benefits so many.”

For more information about how to volunteer for the PALS program or about the Psychology Club at Sampson Community College, contact Burgin at 910.900.4088 or at sburgin@sampsoncc.edu.