Black history month is traditionally recognized in February but according to organizers of an event held at Sampson Community College this week, civil rights and equality should be something we welcome year round.

For years, SCC has hosted at least one major Black History Month event in some form. This time, one of Sampson Community College’s Board of Trustees members played a major role in developing this year’s presentation. 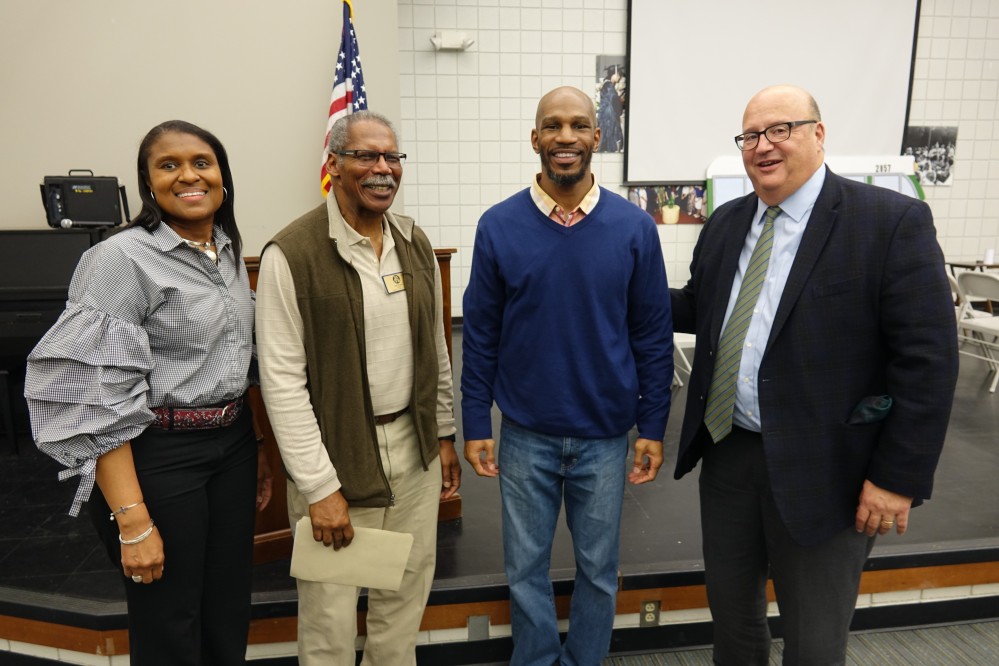 Dr. Theodore Thomas wrote the story and reenactment of the famous 1955 Rosa Parks bus incident in Montgomery, Alabama. Parks refused to obey a bus driver’s order to give up her seat based on her race. Parks was not the first person to resist bus segregation. Her subsequent activism led to her being called “the first lady of civil rights” and “the mother of the freedom movement.”

Rosa Parks actually started the civil rights movement,” notes Thomas. “What students should get from this is that we are all in this together.”

Speaking at the event was Leonard Henry, a local pastor and former NFL player from Clinton. “Today’s message was about honoring African-American history,” said Leonard. “We are reminding students how far we have come from those who paved the way.”

New SCC President, Dr. Bill Starling closed the event by addressing the crowd to honor the civil rights movement and to reiterate the importance of equality and inclusiveness.