Have you ever had to make a service call for a motor, or other control device? Maybe even a breaker or a fuse? It sure can be expensive, can’t it? Not to these students in Sampson Community College’s Motors and Controls (ELC 117) class in the Industrial Systems Technology program of study! The various topics of this class include ladder diagrams, pilot devices, contactors, motor starters, motors and other control devices. When students finish the class, they will be able to properly select, connect and trouble shoot motors and control circuits.Dwayne Waters, Chandler Johnson and Victor Williams were busy learning all about this from their instructor Durwood King recently.

Student, Chandler Johnson (left), noted that he currently works for Duke Energy as a Power Plant Operator and decided to come to Sampson Community College for the Industrial Systems Technology degree to increase his knowledge for the workplace and value in the industry. He said that, “the education I am receiving here at Sampson Community College is supporting my job and career which will allow me a path to promotion in the future.” Chandler reminds us that energy drives the world and they are harnessing it right here at the college in this program of study. 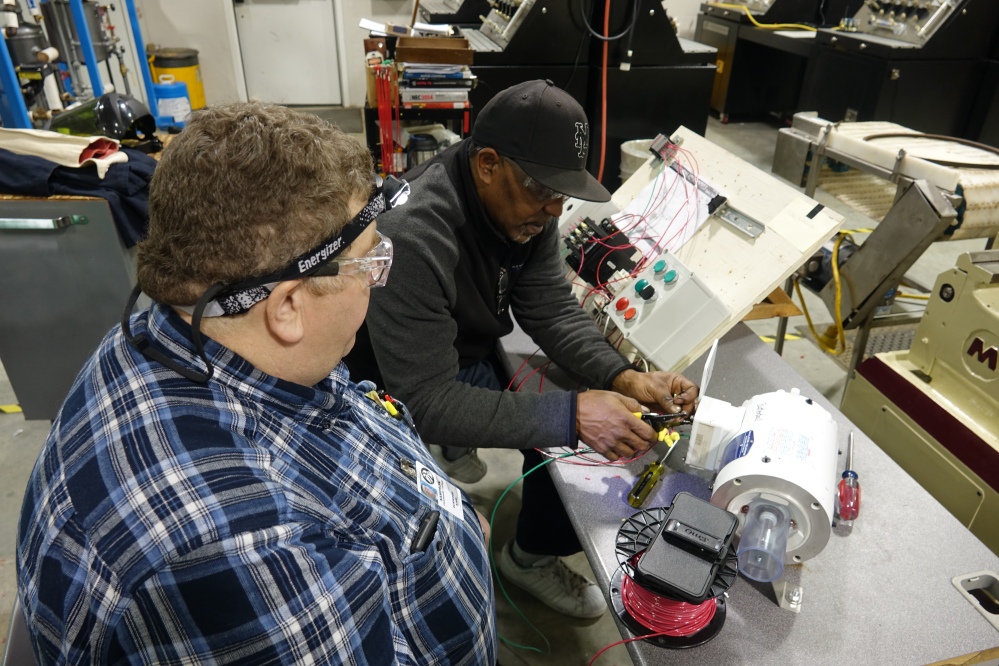 Dwayne Waters (right), is working with Chandler on wiring a motor starter. Dwayne notes that the skills he learns in this class are not only valuable to the workforce but valuable personally. “So much stems from the skills learned in this class and so much centers around what we learn here” said Waters. One example he provided was avoiding service call costs at his home since he learned how to fix a breaker and change fuses on his own as part of the class content. “That is very valuable to my family” he added. 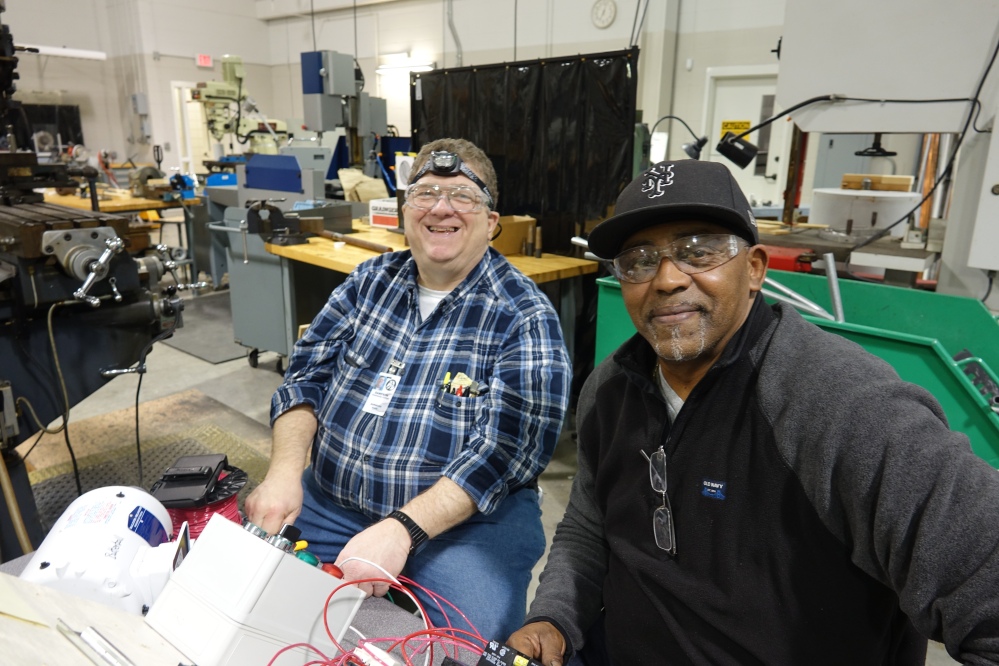 Victor Williams works for Rheinfelden of America in Maintenance and comes to school at night here at Sampson Community College for the Industrial Systems Technology degree. Victor shared how important his education is to him and noted he was once a displaced worker and not sure what his future would hold. He shared how scary that time was for him, not knowing what he would do. When he went to the unemployment office, he met with a representative that asked him if he ever thought about going back to school and suggested Sampson Community College as an option. Victor decided to come visit the college and see what he might interest him which is when he connected with Industrial Systems Technology. He applied and enrolled in the program of study and is scheduled to graduate this May!

He shares that the road to this point was a challenging one, but it was a goal that he set and was motivated to reach it. Victor says “working full time and going to school almost full time at night and still having time for family has been a challenge, but with prayer and hard work, I made it.”  Victor shared that education is very important to his family and expressed how proud he is of his daughters. His daughter Kristina graduated from East Carolina University with her Nursing degree and now works for Duke Hospital. His other daughter, Destinee, is a college student here at Sampson Community College. Victor wants others to know that “it is never too late and you are never too old to get involved in education” he says. He notes his daughters as being inspirational to him just as much as he is to them.